To go directly to the review of The Piano.

The Italian pop hit of 1973 called Prisencolinensinainciusol” [prizeŋkoliˌnensinainˈtʃuːzol] is an ear-worm of a song composed by Adriano Celentano, and performed by Celentano and his wife. The song is meant to sound to its intended Italian audience like English spoken with an American accent, but the lyrics are actually pure gibberish, with the exception of the words “all right” (spelled “oll raigth” in the internet-posted video). When I listen to it, is sounds like English, but it isn’t English, it’s something approximating English.

So that is how I think about the next novel, Fifty Shades of Grey: – it is the Prisencolinensinainciusol of erotic-romance novels. Has all the elements, reads like it, sounds like it, has all the components of it, but is actually Not. Quite. It.

There is therefore a justifiable award for the worst sex scene in fiction, and the contenders are truly awe-inspiring in their laughable, cringe-factor-100 awkwardness.

The British magazine, The Literary Review, started this “competition” 22 years ago. Each year since 1993, the Bad Sex in Fiction Award has honoured an author who has produced an outstandingly bad scene of sexual description in an otherwise good novel. The purpose of the prize is to draw attention to poorly written, perfunctory or redundant passages of sexual description in modern fiction, and to discourage them. The prize is not intended to cover pornographic or expressly erotic literature. The award was established by Rhoda Koenig, a literary critic, and Auberon Waugh, at that time editor of Literary Review. This year’s finalists include Book of Numbers by Joshua Cohen:

“ Her mouth was intensely ovoid, an almond mouth, of citrus crescents. And under that sling, her breasts were like young fawns, sheep frolicking in hyssop – Psalms were about to pour out of me.
“Vous?”
“Josh,” I said.
“Vous habillé.”
“Je vais me undressed, clothes off, unhabillé, déshab.”

And the top of this year’s list is: List of the Lost by Morrissey (yes, the former lead singer of The Smiths.)

“At this, Eliza and Ezra rolled together into the one giggling snowball of full-figured copulation, screaming and shouting as they playfully bit and pulled at each other in a dangerous and clamorous rollercoaster coil of sexually violent rotation with Eliza’s breasts barrel-rolled across Ezra’s howling mouth and the pained frenzy of his bulbous salutation extenuating his excitement as it whacked and smacked its way into every muscle of Eliza’s body except for the otherwise central zone.”

His “bulbous salutation”? The “otherwise central zone”? Oh no. Groan. Call a spade a spade please.

Of course, every year authors have successfully disappointed us. 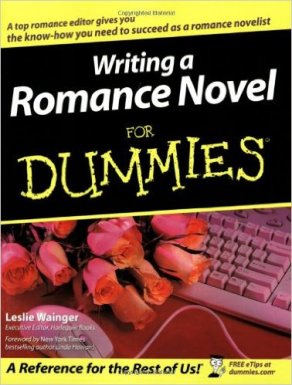 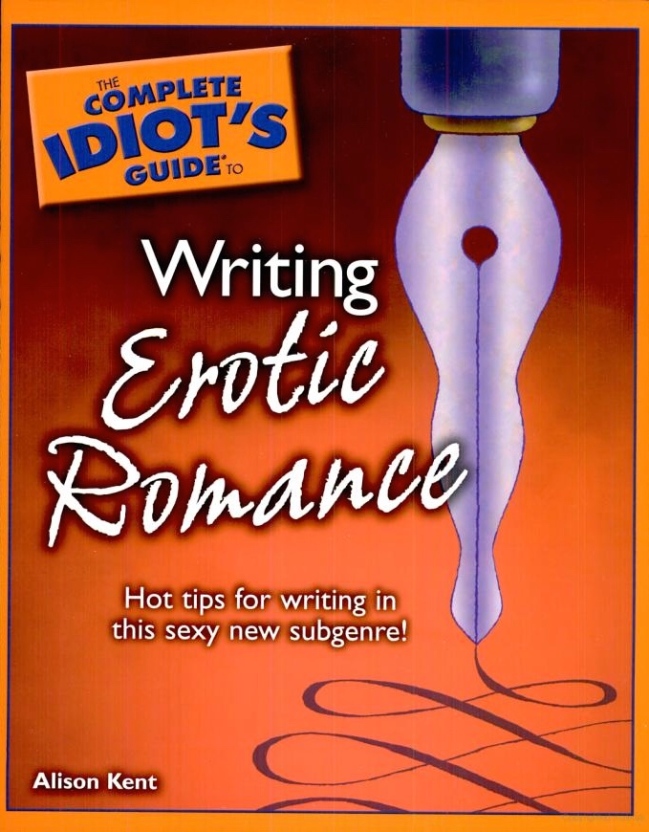 I would like to add a few of my own:

So, the same rules for any fiction also applies to erotic-romance fiction, as illustrated by writers who write so badly they are good. In the Bulwer-Lytton Fiction Contest (where “www” means “Wretched Writers Welcome”) every year the worst paragraphs are celebrated. Some are bad and funny. Some are just bad. Here’s one I think is rather amusing:

Back to Fifty Shades of Grey

Now back to the bad sex. I think Fifty Shades of Grey is famous despite breaking some of the above-mentioned rules, more precisely, leaving something to the imagination, having a good plot, and not using bad imagery.

It is famous primarily because by writing it, E.L. James brought an insalubrious practice, BDSM (bondage, domination, sadism, and masochism), into the mainstream public’s interest and reading fare. And it is successful for the same reason that the Harry Potter series by JK Rowling is successful: It obviously meets a need in readers, it has become a franchise, and the movie version made up for the book in which the writing is not that fabulous. Frankly, If I had a loonie for how often my blood froze when I read in the Harry Potter books about how “Harry’s scar ached”, or any of J.K. Rowling’s favourite, oft-repeated phrases, I would be well off for Christmas.

So here is an extract. The book is full of much of the same – read some of them here.

The whole idea of a hapless, klutzy female (yet called, oh good grief, Anastasia Steele, like a character from The Young and the Restless), who falls for the irresistible Prince of Pain, is just predictable and boring:

“I push open the door and stumble through, tripping over my own feet in the doorway to Mr. Grey’s office, and gentle hands are around me, helping me to stand. I am so embarrassed, damn my clumsiness. I have to steel [uh-oh, unintended pun by ELJ?] myself to glance up. Holy cow, he’s so young.” (p. 7).

Every time Anastasia gets aroused/confused/surprised, she announces it with a “Holy Crap!” or “Holy Shit!” or “Holy Cow!”

Getting frisky in the workplace: Secretary

Much more unsettling and memorable is Secretary, the 2002 film, written by Erin Cressida Wilson (story adaptation/screenplay), Steven Shainberg (story adaptation), and Mary Gaitskill (short story), in which the reserved secretary gets involved with her boss who is into S&M. Same sort of set-up, but more is achieved while less is said. The film is based on a short story from the book Bad Behavior by Mary Gaitskill (who is, or was, really into S&M). Gaitskill thinks the movie script version of her story is “too nice”. I would not say the movie is nice. I’d call it restrained, or down-beat. Here is an extract from the screenplay (use your imagination):

Edward Grey: Come into my office and bring that letter. Put the letter on my desk.
I want you to bend over the desk so you’re looking directly at it. Get your face very close to the letter and read the letter aloud.
Lee Holloway: I don’t understand.
Edward Grey: There’s nothing to understand. Put your elbows on the desk…bend over…get your face close to the letter and read it aloud.
Lee Holloway: ‘Dear Mr. Garvey, I’m grateful to you for referring…’
Edward Grey: Continue. Ms. Holloway, read.
Lee Holloway: ‘…for referring me to your case. The subject of animal captivity…has been of interest to me for quite a while,…and my secretary has prepared…research material…that I think you will find illuminating. If you would be so kind…as to send me the letter of which we spoke,…my associates and I will review it immediately. Please feel free to call me at your earliest convenience. Yours sincerely, Edward Grey.
Edward Grey: Read it again.

You can read the rest of the script here. (Transcript by Drew’s Script-o-Rama.)

By the time these two characters eventually do the deed, the reader, and viewer, is positively pent up with expectation. Like the decoration of the office in which the characters find themselves, their interaction is spare and controlled, so that the emotion that surfaces eventually shines like a bright spot of blood on a white napkin, remarkable by its contrast. Two people like animals in captivity, neither able to let the world know what they desire. Now there’s a thought. Or is captivity the point?

And that is the definition of good erotic-romance literature – leave something to the imagination. Let the readers make their own inferences.  Leaving a bit of intrigue, putting off the moment of consummation, richly depicting emotions and motivations, is what makes a good sex scene.

The power of music – The Piano

Some of the most gripping sex scenes I’ve ever read are from The Piano – A Novel, by Jane Campion and Kate Pullinger. Set during the mid-19th century on the West coast of New Zealand, it revolves around Ada McGrath, who arrives in New Zealand harbouring a passion for playing her piano, but does not speak, and her efforts to get back her piano from one of the locals, George Baines. It’s one of my all-time favourite novels because I understand the motivation of the characters; I have a great love of pianos, especially other people’s pianos. I gravitate towards them like some people do to other people’s cats.

The film of The Piano was written and directed by Jane Campion, and stars Holly Hunter, Harvey Keitel, Sam Neill, and Anna Paquin, in her first acting role. For both lead characters, Ada McGrath and George Baines, the piano becomes a symbol of what they desire but cannot have:

“Ada began to play. She heard George Baines walk up behind her, the floorboards creaking under his weight, and she felt his breath on her neck. He bent low and touched her, running his square, callused fingers along the tender length of her underarm. She stopped playing, raising her hands to the bare skin of her throat. ‘Two keys’, he said, speaking into her ear, escalating the terms of their bargain. Ada played the first few notes of a hesitant melody. George Baines rested his hand under Ada’s wrist – so narrow, the bones so fine. She played and again his hand lingered along the skin of her arm and up into the warm hollow beneath her shoulder. Then he stepped back and Ada, listening closely, heard him discard his undershirt, dropping it on the floor.” (pp. 118, 119)

Just a man who cannot read and write, and woman who cannot speak, and a rosewood piano that provides the music that becomes their means of communication – and the setting for their seduction. This is a novel and a film that will have you as steamy as a hot cuppa coffee in no time at all. It is pure erotica, and what’s more, it is meaningful, dramatic, sweeping, intense and unforgettable.

Since these books and screenplays are better than Fifty Shades of Grey as far as I am concerned, I don’t recommend any one of the books in the series – not that it matters. There have been enough readers who are greedy for this type of thing, and who have happily plowed their way through the whole series, to have made the author famous and wealthy.