Some magazines don’t publish negative reviews because they want to review books that people will buy. The problem with that argument is that sometimes badly written books sell well, Fifty Shades of Grey, for example. An example of this is a “popular” book, 300 Days of Sun, which has glowing blurbs all over its covers, and was on the “best sellers” table at my local book shop. Frankly, I was bored out of my tree with it. I’m sorry I didn’t like it and cannot praise it, but not every book is loved by every reader, and authors, putting themselves out there, should know that. It’s just the way we are all wired differently. So the reason you should read this review is so you know why it isn’t very bad, but why it isn’t very good either. It’s not so simple as just being about sales or media hype.

I thought it is a spaghetti-bowl tangle of a plot, about child trafficking, Portuguese crime rings, spying and counter-espionage during the second world war, kidnappings, journalism, Portuguese housing developments, criminal ex-pat Brits, etc., etc. It is a bit of a crime novel, a bit of a detective novel, a bit of a romance, a bit of a travelogue and on top of that, also a novel within a novel. It is many things and has a lot going on in it, but mostly it is confusing and shallow. As a result, there was not one page that made me stop, re-read and savour – or remember what I’d just read. 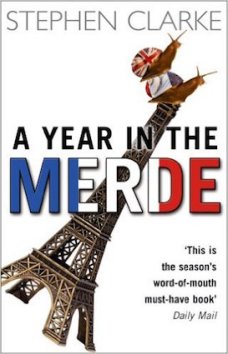 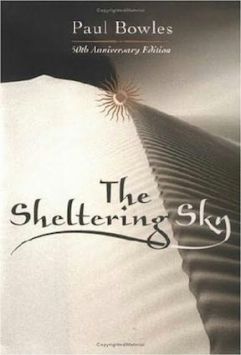 Due to the fact that the novel has many themes, and could fit into many sub-genres, comparisons with earlier works are inevitable. For instance, the theme of alienation and cultural dissonance experienced by travellers spending time abroad: It’s not as evocative and engaging as – just off the top of my head – Driving over Lemons, by Chris Stewart (about American foreigners in Andalucía, Spain), nor as witty and sly as A Year in the Merde, by Stephen Clarke (British foreigners in France), nor as well-observed and poetically described as The High Mountains of Portugal, by Yann Martel (Canadian foreigner in Portugal), nor as awfully and memorably depressing as The Sheltering Sky, by Paul Bowles (American foreigners in Algeria). It is just not as good as many other books about discombobulated Americans and other travellers getting into trouble in Europe, if you compare just that one aspect.

The main character, a former journalist called “Joanna”, goes to the holiday town Faro in Portugal, hence the title, where she and a man from her Portuguese language course, “Nathan” get tangled up in the search to find out where he came from, whether he was kidnapped as a baby and whether a novel, The Alliance, written decades before about events in WWII, might be true. I might be getting the details wrong because honestly, I might have skipped a few pages in the hope of getting to the end quicker.

What I found unconvincing, in retrospect, was that the author depicts Joanna, supposedly a working journalist, as being so witless as to get involved in this tall-dark-’n’-handsome guy’s tall tale and go sneaking around spying on people. Real reporters do not go playing James Bond in their private time. And this character is no Miss Marple or Hercule Poirot. (Apart from being clueless she sleeps with the guy who is also the subject of her investigation. Eeeuuw.)

The characterization seemed to me to be stereotype piled on stereotype, from the evil property developer to the evil Nazis. The only subtlety was the eventual revelation of “Nathan’s” true identity – which came with a tiny moral quandary. And if you have the energy to wade through all 367 pages to find out what that was, good luck to you.

Lawrenson, author of two other novels, is competent enough to vary her writing style when she introduces passages from the internal novel, The Alliance, containing the clues to the mystery. This was written by “Alva”, the wife of a journalist/informer living in Faro during WWII, and the descriptions of their flight through Europe and her personal liberation from her husband in Portugal were some of the better parts of the book. Lawrenson would’ve done better to split the narrative into two books, one, the story set in the present and two, the backstory of Americans in Portugal during WWII, documented in The Alliance.  It seemed to me that she did not focus on or expand the right parts of the narrative, so it all seemed to pass in a fog of verbiage with little, if any, tension or excitement.

Reviews are about “tell[ing] the story, the meta-story, of what happened when [you] opened the book and began to read the story”. It’s about making better readers. This novel was really not my thing and I doubt it will make you a better reader. I’m going to use it to prop up a pot plant or something or leave it behind on a plane.