Back to main Elements of poetry page

Even before the advent of printing, the visual appearance of poetry often added meaning or depth. Acrostic poems, for instance, conveyed meanings in the initial letters of lines or in letters at other specific places in a poem. In Arabic, Hebrew and Chinese poetry, the visual presentation of finely calligraphed poems has played an important part in the overall effect of many poems.

With the advent of printing, poets gained greater control over the mass-produced visual presentations of their work. Visual elements have become an important part of the poet’s toolbox, and many poets have sought to use visual presentation for a wide range of purposes. Some Modernist poets have made the placement of individual lines or groups of lines on the page an integral part of the poem’s composition. Some poets combine or integrate the words of their poems with paintings or photographs, for example Viggo Mortensen, who has produced poetry collections in which his poems are almost inseparable from his accompanying photos and paintings.

The words of this poem are:

You are sweating in your sleep
on our rented bed
like a lost summer cloud
pierced by a jet heard
only when it’s gone.

The birds above the waterfall
drink mist from giant leaves
then fly over the edge.

At times, the poem’s form complements the poem’s rhythm through visual caesuras or sentence/line breaks of various lengths, or creates contrasts so as to accentuate meaning, ambiguity or irony, or simply to create an aesthetically pleasing form.

I write poems to go with my paintings and photos, and most times, they cannot go with each other. In the case of the one of the left, the poem is a tanka. 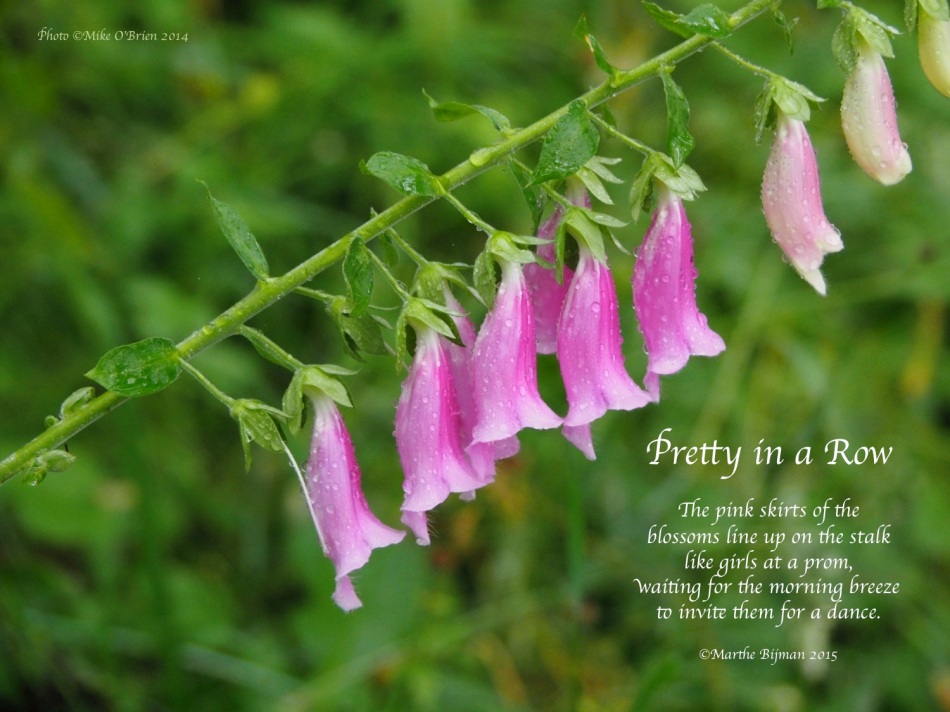 Haiku are often paired with brush paintings and engravings, the brush work of the poem is of course art in itself, but the placing of the words in a painting adds to the overall presentation and understanding of the poem, which is always an image or a moment, not a metaphor.

Poetic diction refers not only to the sound of the poem when verbalized but also to the underlying meaning and its interaction with sound and form. Many languages and poetic forms have very specific poetic dictions, to the point where distinct grammars and dialects are used specifically for poetry. Registers in poetry can range from strict employment of ordinary speech patterns, as favoured in much late-20th-century prosody, through to highly ornate uses of language, as in medieval and Renaissance poetry.

Poetic diction can include rhetorical devices such as simile and metaphor, as well as tones of voice, such as irony. Since the rise of Modernism, some poets have opted for a poetic diction that de-emphasizes rhetorical devices (irony, metaphor, simile, logos/pathos/ethos, sonic devices – alliteration/cacophony etc.), attempting instead the direct presentation of things and experiences and the exploration of tone (literally, as you think it or say it). On the other hand, Surrealists have pushed rhetorical devices to their limits, making frequent use of catachresis, in other words, using the wrong word for the context.

Another element of poetic diction can be the use of vivid imagery for effect. The juxtaposition of unexpected or impossible images is, for example, a particularly strong element in surrealist poetry and haiku – the latter in which only one image is presented in each poem.

Next article in this series about Poetry and Lyrics: Genres