Why do we identify with fictional characters and think they are real – or want to believe they are real? There has to be a psychological or neurological basis for this. Here goes reason #7.

Reason 7 for thinking that characters are real: They’re just like us!

Dr. Howard Sklar, Lecturer at the Department of Modern Languages (English Philology)  of the University of Helsinki, has reviewed most of the existing, non-physiological theories, and in his view,

“…we bring many of the same intuitions and forms of evaluation to our encounters with fictional characters that we use with real people…Although there are significant differences between real-life emotions and the emotions that readers experience while reading fiction, the two types of emotions share important similarities.

This is especially true, I contend, in terms of the processes that we undergo when responding emotionally to fictional characters, whom we intuitively regard as real people. Significantly, I believe it denies many readers’ intuitive sense of the fundamentally parallel nature of fictional characters and people, and even serves to reinforce the notion of their essential difference.” (Howard, Sklar, Believable Fictions: On the Nature of Emotional Responses to Fictional Characters, Electronic Journal of the Department of English, Vol. 5, 2009, University of Helsinki)

This is especially true when a writer does not create congruent characters or cannot play out the creation of a fictional world convincingly through the entire novel.

Like our experience of fictional characters, our knowledge and impressions of real people in our daily lives, with the exception of close family and friends, is fragmentary, incomplete. We make do with that fragmentary information in much the same way that we do while reading fiction, by filling in gaps in our knowledge with hunches, ideas, feelings, or impressions based on our experiences with people, our sense of places, and other relatively intuitive factors.

Put simply, that which allows us to form a mental image of a “complete” human being out of the fictional fragments that are provided is precisely our own experience with people. We fill in, I contend, largely with information provided by our experience in “real life.” In this respect, we respond to characters that are primarily “real” in their essences, however much the focus for our reflection has been “made up” by an author.” (Howard, Sklar, Ibid)

We complete the details

So, a fictional character being incomplete (it cannot ever be 100% complete) we “complete” a picture of a character or person by filling in the details of that picture with the information that our life experience has provided us. So, the more vague the character, the more filling in and imagination are required by the reader, like in This Census-Taker, by China Miéville. But even so, this is the same thing that we do with real life people. Sklar says filling in the details with what WE know, causes “…the fictional world ultimately [to become] peopled by characters who seem real to US as readers.

He continues to explain that:

“…this is true even for characters in stories that fall into the genres of fantasy, science fiction, and “magic realism”: Even though the fantastic or speculative or “magical” components in such works would not appear so other-worldly were it not for the contrast between real-seeming characters and their fantastic behavior and lives, in the end we imagine those characters and their worlds by placing them within the context of things that we know. Put another way, the process of reading becomes a self-fulfilling prophecy, by which we imagine worlds that comply with our definitions of real.”

Sklar also says that we treat fictional characters like real people because of the fact that we do not have to pretend to care about them. Social conventions require that we show caring, interest or concern even if we don’t feel it. On the other hand, we have no reason or purpose to feel and display emotion for the characters in a novel unless the author is very good and “pulls” it out of us. But if we feel anything at all when we read about their trials and tribulations, or see their troubles on-screen, it is because of their similarities to real people.

In other words, the author or screenplay writer has observed very carefully how people are, and has achieved “realism”. Recent research shown that the emotions that we feel when reading, though “mirrored” in our brains, are as real as we would feel in any other instance. When we read, and feel, we are not acting. Actors act, and imitate emotions (regardless of which school of acting they come from), and readers read.

“Why, if fiction is indeed “merely fiction”—a well-propped stage for make-believe and simulations—do we find offense in a fiction that violates our ethical principles, or makes light of a catastrophe? If it is “just fiction,” why should we care? Is it not because fiction, and our experience of it, is intertwined with that which we call “reality”—indeed, that we feel that our beliefs, even towards an ostensible fiction, somehow matter?

Regardless of our disposition to these questions—indeed, even if such intense emotional reactions did not occur in response to works of fiction—it would be difficult to assert, conclusively, that our experience of fiction is more like “make-believe” or “simulation” than it is like any other type of imaginative activity, especially in the absence of empirical evidence to suggest such a specific correlation. At best, I think, we might say that it depends on the nature of the individual’s experience of a particular work of literature.” (Howard Sklar, Ibid)

However, while we feel what we feel when we read, ultimately, the characters cannot respond back to us. That might be a vision of the future, but at this point, “…the emotions that readers feel for fictional characters, in the immediate sense, must remain ‘unconsummated’.” I suppose many readers have longed for the characters they know so well, to step off the page and talk to them, like “Pinocchio” turning from a wooden toy into a real, flesh-and-blood boy.

Because of this emotional connection and the similarities in the perception of fictional characters and real people, readers sometimes feel driven to take it further, to get a response somehow, to get “consummated”.  What a disappointment it must be to finally meet the character you have always loved, for them to turn out to be ordinary, un-photoshopped actors, who don’t know you from a bar of soap, and who don’t look half as good. 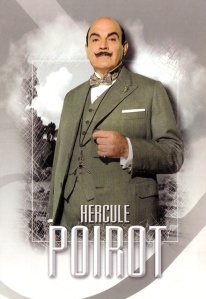 I think just about the only actors who would not disappoint would be those whose lives have revolved around the characters, like David Suchet, who played Agatha Christie’s “Hercule Poirot” from 1989 to 2013, and looks like him, is as refined as he is, and can switch on the mincing walk at the drop of a hat. (Of course he is not Belgian, and he’s not a detective.) I remember once talking to an acquaintance about Anthony Bourdain, going on about what he likes and doesn’t like and his wife and his books…and the man looked at me and said, So you’ve met, have you? Of course we had not, not even at a book signing. Don’t know the man at all. It happens in the best of families, as they say. Other shoe-ins for character-actor-as-familiar would be; 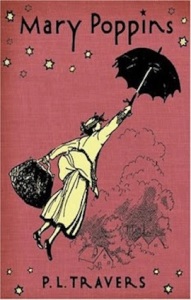 Motivated by the fictional world, readers sometimes find their outlet outside the fictional world, in the fabric of their real lives, leading them to act. Having read Mary Poppins, by P.L. Travers, my brother and I were sufficiently convinced by the stories to try jumping off the garage roof with umbrellas. We did not float off, we fell like rocks. Which teenagers, having read of witches, have not tried making “potions”, “casting spells” and wearing witchy outfits? And let’s not mention the effect of vampire books and films. Why?

“In some cases, it is possible that the link between reading and real-world response occurs as a result of what Gregory Currie (1990: 188) calls “the transfer strategy,” by which “we experience genuine emotions when we encounter fiction, but their relation to the story is causal rather than intentional; the story provokes thoughts about real people and situations, and these are the intentional objects of our emotions.” (Howard Sklar, Ibid)

In short: Because we have to, and we can, and we like to, etc. etc. 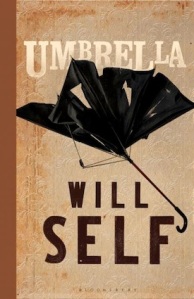 Some characters we identify with because we need them, because they are like us, because we want to be like them, and, importantly,  because “…despite having their lives determined by authors, fictional characters are often portrayed as free agents – masters of their own destinies”, just like we’d like to be, according to the novelist Will Self, author of Umbrella.

In summary: We think fictional characters are real;

Some of these reasons don’t work for Science Fiction, especially Speculative Fiction. If a character is non-human, how can we feel empathy, and if what they do and where they do it is not something we can identify with, and if they are impossible to confuse with facts because they are so far out, where does that leave the reader and moreover, what does it say about the devious workings of the mind of the Sci-Fi author? Back to the drawing board then.

More on the workings of the human brain – another reason why we think fictional characters are real.