Day of the Oprichnik gave me nightmares – literally. The cover shows a bear, with a dagger and a watch – the Russian brown bear being a popular symbol of the pre-Soviet and current Russian Republic. The dagger is a foretaste of things to come in the novel. The watch indicates that this is a day and a night in the life of one oprichnik (Russian: опри́чник, IPA: [ɐˈprʲit͡ɕnʲɪk], meaning man aside. Oprichnik refers to a member of the organisation known as the known as the Oprichnina (1565-1572) an organization established by Tsar Ivan the Terrible to govern the division of Russia and act as suppressor of the internal enemies of the Tsar through murder, rape, torture, terror and theft.

This is a day in the life in the future Russia, Moscow, 2028, where the Tsar is God, and once more on the throne, worshipped by a cowed nation. There are super-fast Mercedovs (made in China), to be driven by the oprichniki on super-highways, superfast 3D video phones, and super-fast dispatching of anyone who poses a threat to the Tsar. While this is the future Russia, in all respects other than technology and infrastructure, it is back to the Imperial Russia of the 18th and 19th centuries: the common people are tortured in public, there is no democracy, there is no free art or literature, and violence is the order of the day.

“My mobilov awakens me: One crack of the whip – a scream. Two – a moan. Three – the death rattle. Poyarok recorded it in the Secret Department, where they were torturing the Far Eastern general. It could even wake a corpse.”

And so Andrei Danilovich Komiaga’s day begins, with servants bowing and scraping. Fully robed, including copper-soled boots, gun and dagger, he then chooses his car’s hood ornament for the day.

“He shows me the dog’s head of the day: a shaggy wolfhound, eyes rolled back, tongue touched with hoarfrost, strong yellow teeth. It will do. ‘Carry on!’ Timokha fastens the head of the dog deftly to the hood of the Mercedov, the oprichnina broom [the symbol for sweeping away enemies] to the trunk of the car.”

And that pretty much sets the scene for the rest of the novel.

The scenes of arson, murder and rape are disturbing, all the more so for being related in a matter-of-fact style – since Komiaga, as one of the senior, core members of the organisation, completely believes in the rightness and justness of the Tsar’s rule. He goes about the business of terror, much like original oprichniki of Ivan the Terrible did. A cursory glance at the term on the internet shows that Sorikin basically stayed true to the historical accounts, but with a modern twist: These oprichniki do not dress in black monastic robes, but in glorious red and gold; the severed dog’s head to sniff out treason is not their insignia, but decoration for their cars, meant to terrify others on the road; they do not ride black horses, but black luxury vehicles. And Red Square has been painted white all over.

Drugs are forbidden in this theocracy, as is swearing, but the oprichniki do so under the guise of strengthening their loyalty to each other. In a feat of imagination, Sorokin describes the powerful high from using a “golden sterlet”, a microscopic fish in a flexible sphere that pierces and wriggles into the vein and bloodstream of the user. The sadomasochistic scenes in the book are stomach-churning, all the more so for being “all part of a day’s work”.

Komiaga starts his day, waking from a nightmare of chasing something he can never grasp, though he needs it like life itself. He ends it, after a day and night of extended debauchery, half-dead from exhaustion, perhaps poisoned, still dreaming of that elusive thing. This departure from the brutalities depicted on nearly every page, makes one reconsider the depiction of the main characters.

The Russian character is often depicted in a clichéd manner as depressive, prone to negativity, morbid and long-suffering. But here, Komiaga and his oprichniki are relentlessly cheerful and go about their business as if they were having a good, profitable day at the office – except for Komiaga’s moments of dreaming. Even the Tsar, depicted as blonde-bearded like Nicholas II, is factual when he announces that an entire department will be purged, and that his own son-in-law will be stripped of all his assets, meaning he’ll be killed. The melancholy, self-doubt or longing that one might expect of a Russian character, are deeply sublimated in Komiaga, only emerging in his dreams, or expressed in a surfeit of sentimentality.

I could not help but compare this with the character of Anatoly Sukhanov, art critic and aspiring artist, in The Dream Life of Sukhanov by Olga Grushin (Viking UK, 2006). Sukhanov is the suffering type. Over the length of the novel, set in 1985, the time of Glasnost in the Soviet union, his life of luxury falls apart and he moves into a kind of mental limbo, where the reader is unsure whether Sukhanov has become mad or regained his sanity, woken from a dream or fallen into one. The Dream life of Sukhanov is rich with metaphors and references to art, artistry and self-expression, and an indictment of regimes that repress or over-regulate art.

In an article in the journal of the Association for Psychological Science, published June 30, 2010, To suffer is to suffer’: Analyzing the Russian national character, Wray Herbert questions whether the stereotypical image of the vodka-swilling, bloody-minded Russian is accurate – particularly at this time. ”Are Russians really more self-absorbed than their Western counterparts? Do they ruminate more on the negative, and is such brooding impairing the country’s collective mental health?”

He cites the results of a University of Michigan, US, psychological atudy, comparing groups of Russians and Americans.

“The results were clear: The Russians were much more likely to identify themselves as self-reflective, but this group trait was not linked to depression. In fact, the opposite: The self-reflective Russians had fewer symptoms of depression than did the less analytical Americans.”

Also, the Russians were more detached than the Americans in their self-analysis, less distressed while recalling a bad experience, thinking about it in a healthier way, keeping more psychological distance from the emotional details.

This puts to bed the stereotypical image of the Russian. Which corresponds with the behaviours of Sorokin’s characters, who emote, spout poetry, sing, argue, make out and kill with complete clarity of thought and insight. They know they are killers, and are proud of it; in the final lines of the book, Komiaga thinks, or dreams,

“We’ll live, we’ll live. And we’ll let others live as well. A passionate, heroic, government life. Important. We have to serve the great ideal. We must live to spite the bastards, to rejoice in Russia….And as long as the oprichniks are alive, Russia will be alive.” (p. 191) 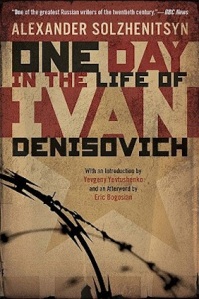 The question then is, is this a satire, or is it hyperrealism? Is this a satire of the current Russia with its admired President Vladimir Putin and its new elite, with a time jump to disguise the criticism?  It could be satirical (meaning that the vices and abuses are ridiculed, with the aim of showing people up and shaming them into improvement), but if so, then the allusion to the current government is perhaps too well disguised. And, though some of the scenes of sex and torture are so extreme as to beggar belief and even seem ridiculous in hindsight, there is perhaps not enough wit in the novel for it to be purely satirical.

Apart from the cleverly invested “props” and touch points identifying the setting as far in the future, I did not feel that it is a very strong Science Fiction work. So how to place it? If it is hyperrealism, realism characterized by the depiction of real life in an unusual or striking – even surreal –  manner, then it paints a dark picture of the Russian state indeed – a horrific place, more vile than the Britain of Martin Amis’ “Lionel ASBO” and infinitely more depressing than the prison camp life depicted in Aleksandr Solzhenitsyn’s 1962 anti-Stalinist classic “One Day in the Life of Ivan Denisovich”. As a hyperrealistic post-modern novel, I would rate it as highly successful, and nightmarishly memorable.