Before you read White Out it is best that you know that this book is written somewhat in the style of a prose poem. The form and style reminded me of the famous prose poem by Canadian author Elizabeth Smart, By Grand Central Station I Sat Down and Wept. One thing is certain though: – Delvaux has more words and expressions for describing a father, and not having a father and all the emotions that come with having father-abandonment issues, than any writer I have ever come across. The entire book, all 137 pages of it, is one extended, anguished, howl of misery from the very guts of the first person narrator.

The translator from the French, Katia Grubisic, must’ve had her work cut out for her (but luckily she is also a poet). The passage below is typical of Delvaux’s writing style:

Delvaux writes from the first person perspective, occasionally slipping into the third person, as if watching a character act out something on a stage. The text is deep stream-of-consciousness and focused almost entirely on her absent father (except for a few mentions of historical events and legislation related to contraception, unwanted pregnancies, adoption and orphanages in the province of Québec, Canada). Note – it is her absent father, as in not with her, rather than dead, missing, hateful or unknown.

The subject of missing, abandoning, badly behaved or emotionally distanced fathers is very common in English literature. You can hardly fail to come across them, since they are based on humans’ never-ending need for the love and acceptance of their parents. This is especially common in children’s books since children have a great fear of abandonment. A few of the more famous fiction about failed and faraway fathers are: 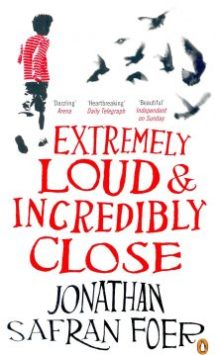 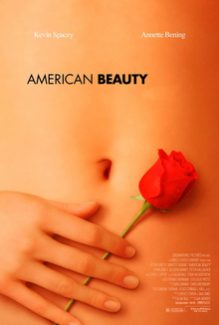 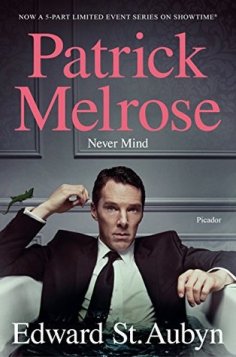 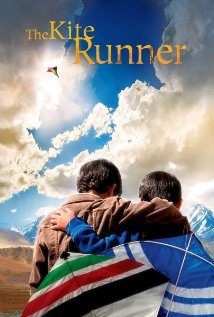 Poster for the 2007 film of The Kite Runner, by Khaled Hosseini 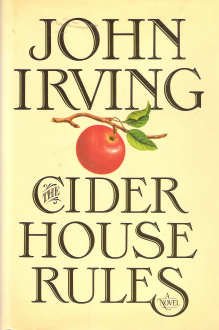 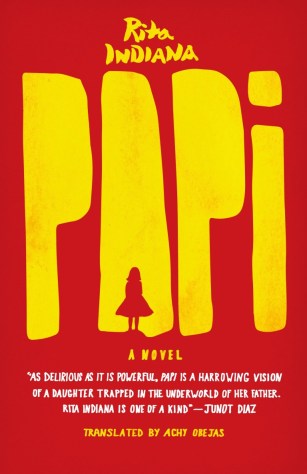 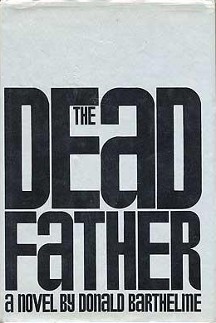 The Dead Father, by Donald Barthelme

Somewhere between prose and poetry

This book, however is sui generis. The prose poem form, which it resembles, is writing which is neither non-rhyming poetry, nor rhyming prose, but something in between. A prose poem looks like prose and reads like poetry, and contains poetic techniques such as fragmentation, compression, repetition and intense, frequent metaphors. As far as I can tell, White Out has no plot, no suspense, and no story arc, which are the basics of most forms of fiction.

Delvaux’s narrator expresses, page after page, circular thoughts about who her father could be, where he could be, how her mother had given birth to her and then left her at an orphanage and then fetched her from there and raised her, why her father did not co-parent his child, and why she has failed relationships, and why she cannot sort her problems out.

At about the same point at which as the reader loses patience with this person (who has photos, a man’s name, details of where he worked, the internet and other resources, and what’s more a living mother who has told her quite a bit) the story just stops, on the last page. And it seems that the narrator’s thoughts is just the dialogue of a role in a screenplay – in other words, an act.

“The young woman in love with a stranger is me.
The one who leaves her baby at the orphanage is me.
The young woman wandering in the streets of Quebec City, head down before an invisible horizon, powerless, is me.
And I am the woman with amnesia, fallen, injured, the woman curled up asleep.
I am all of these women.
That was the promise of my actress character. The young woman who preoccupied me, who haunted me.” (p. 137)

It is an extended and circular process of someone who is trying to write down, and so deal with, her absent father. More often than not, a sentence starts with “I write…”, or “I imagine…”, “I don’t know…” or “I’ll never know…”. Delvaux repeatedly writes about how her hands and arms and back ache when she physically feels the mental anguish of these thoughts. She berates herself for not taking action, for not getting organized. Sometimes she segues into some detail, for instance about Canadian laws on adoptions or how it was when her mother was young. At other times she suddenly brings in another character, also looking for her father.

What ties it all together is the relentless physical and mental anguish of not knowing:

“How many times have I heard these stories, about how disappointing fathers can be, about how fathers are absent even when they‘re present, and present when we’d rather they weren’t? I’m trapped between wanting and truth – wanting something to be made real out of so much silence and mystery, and the truth that says that being a father, a real father, doesn’t have much to do with genetics.”  (p.65)

Of course, though the book is categorized as “biographical fiction”, from the switches in narration and the words on the last page, who knows whether this is really Delvaux’s story, and her agony, and her thoughts. Maybe it is, as I deduced from the final pages, just dialogue for an actress or actresses in a tear-jerker drama. If so, what’s the point?

The difficulty I have of reading this form of writing is that Delvaux’s prose poetry is not a really good example of the form – but it is the only way I have of explaining the long run-on sentences, the repetitions, the fraught emotions, the dream-like sequences about lost fathers, pining daughter and distant mothers, the meandering ideas, etc.

Unfortunately, a book on this subject is bound to be compared to others, and there are many other praiseworthy novels, such as the aforementioned one by Elizabeth Smart. A quote from Smart’s novel sums up neatly what White Out ultimately means (at least to this reader!):

“What is going to happen? Nothing. For everything has happened. All time is now, and time can do no better. Nothing can ever be more now than now, and before this nothing was. There are no minor facts in life, there is only the one tremendous one.”
― Elizabeth Smart, By Grand Central Station I Sat Down and Wept

As a 137-page long mental rant, there is only one idea in this book – her absent father – but it is a tremendous one. Readers who have found themselves in similar situations will undoubtedly be able to empathize with this voice of desperation.

About Martine Delvaux and Katia Grubisic

Martine Delvaux (@MartineDelvaux) is a feminist French Canadian writer. She was born in Québec City and lives in Montreal, Canada. After Bitter Rose (2009) and The Last Bullet Is For You (2016), White Out is the third of her five novels published by Linda Leith Publishing. Delvaux teaches women’s studies at Université du Québec à Montréal. Blanc dehors, the original of White Out, was shortlisted for a 2016 Governor General’s Award for fiction in Canada. She has also written the reference works, Serial Girls: From Barbie to Pussy Riot (2013), and Thelma, Louise & me (2018), amongst other academic publications. Her areas of expertise, according to the University of Québec at Montréal are female pain, testimonial writing, feminist studies, literary studies, Jacques Derrida, women’s literature, etc. So, far be it for me to even try to put labels on her book. But as a reader, all I can say is that it was very trying indeed.

Katia Grubisic (@K_Grubisic) is a writer, editor, and translator. She was coordinator of the Atwater Poetry Project reading series, and was a founding member of the editorial board for the Icehouse Poetry imprint at Goose Lane Editions. Her own work has appeared in various Canadian and international publications. She has been a finalist for the Governor General’s Literary Award for translation, and her collection of poems What if red ran out (2008) won the Gerald Lampert award for best first book.