The plot, settings and characters of Star trek Picard – The Last Best Hope, were predetermined, and only needed to be expanded and shaped into a novel – engineered in fact. And that being the case, it is as good as can be expected. It was a pleasant, if undemanding, few hours of indulging in the Star Trek universe.

There I was, a middle-aged “Trekkie” (owner of Star Trek mugs, T-shirts, books, videos, etc.) who has watched the TV series countless times, and who has had a mild crush on William Shatner and Sir Patrick Stewart. Yes, there I was, with the book of Star Trek Picard – The Last Best Hope in my greedy little paws. I was like someone who had not had a good steak in a restaurant for ages, and was now sniffing the plate and drooling over the sirloin on it.

Welp, as they say, folks, it was merely OK. I ended up being disappointed, and hell hath no wrath like a disappointed fan. But I’ll be nice about it, OK? I could not fault Una McCormack’s depiction of the well-known and well-loved Star Trek constructed world and its characters. “Captain Jean-Luc Picard”, retired, exiled, grumpy, and hard-done-by, is as Picard-ish as I expected. The Romulans are still Romulan – aggressive, strange enemies of the Federation but minding their own business on Romulus on the outer arm of the galaxy. Starfleet Command and the Federation Council still mostly consist of bureaucrats and politicians.

But, like “James Bond”, a well-known fictional character who has been given a personality update with greater or less success, so McCormack and the screenwriters have given this narrative a current feel. As a result, the characters and the drama are anachronistic, in the sense that though Star Trek is set far in the future, this story is full of point-for-point metaphors for today.

In fact, the comparisons are so obvious, I was rather miffed. I know the TV script was written to appeal to a certain target market, but there are, you know, standards for Science Fiction writing. It can’t be just a Morality Tale. But it is – it’s a Morality Tale about:

Does it sound like Star Trek set during the past five years in the US? Sure does. Are the heroes in fact heroines? Yep. (Oh sorry, can’t say “heroines” any more. That’s sexist.) Are they caring and woke? Sure thing.

How to rescue a Romulan

The plot is as follows: “Capt. Jean-Luc Picard”, formerly “Admiral Picard”, has resigned from Starfleet and looks back at what led to him to that point. Fifteen years before, in the year 2385, he led a mission to rescue Romulans off their planet which, by scientists’ calculations, was going to be destroyed by the blast from a supernova event in 2387 – in 24 months’ time. Main problem: No-one likes the Romulans. They’re vicious and aggressive. No-one wants Romulan refugees in their back yards.

Second problem: The Romulans don’t want to be rescued. Their leaders keep the imminent destruction of the home planet secret from the population. Eventually, rather too late, the Romulan Empire leaders reluctantly agree to “let” the Federation help them. The few Romulans who do want to get off the planet are revolutionaries and enemies of the Romulan high command, and therefore if the Federation helps them, they risk alienating the Romulan leaders, who are nasty bastards even at the best of times.

Third problem: Picard has reason to hate the Romulans, because of his history with “Ambassador Spock”. Romulus is the adopted homeworld of the Romulans following their exodus from Vulcan, and it was the Romulans who destroyed Vulcan and worse, indirectly led to the death of Ambassador Spock (may he live long and prosper). So, who does Star Fleet help, and how does Picard negotiate this tricky process? Time is running out fast.

Comparisons are odious, aren’t they?

Can you see the comparisons? Romulans: any refugee/illegal alien/immigrant from an “a**-hole country”, to quote a former US president, and any repressed, enslaved, or misunderstood person who suffers against prejudice. The political situation: any foreign regime to which the US is opposed on moral or ethical grounds. And Romulus about to go out with a bang rather than a whimper? The dangers of global warming of course.

This is obvious right from the title of the novel, which are the words of Pres. Abraham Lincoln, speaking in his State of the Union address on December 1, 1862, about the need for a moderate, compensated process to end slavery, rather than civil war. Yes, really. that’s what he said. Read the actual address and you’ll see. The full quote from it is given in the Epigraph of the novel: 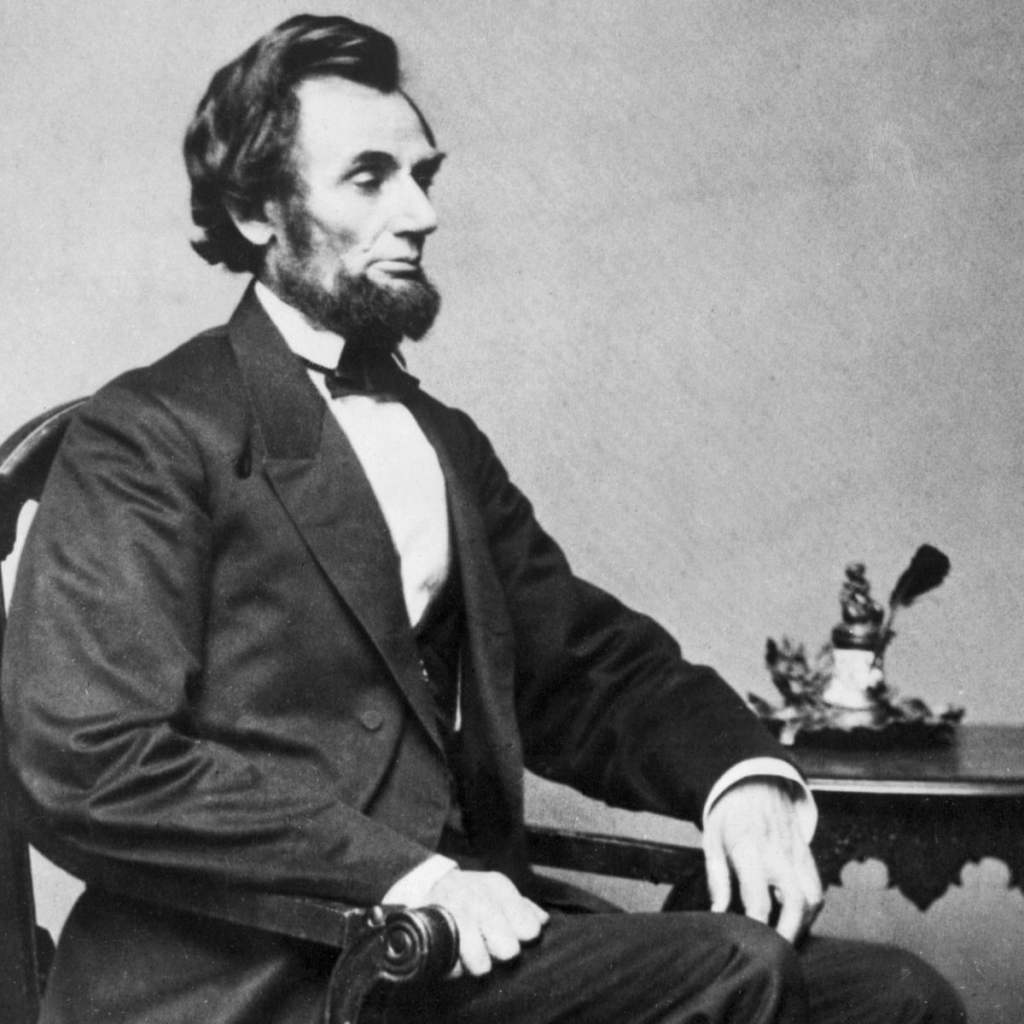 “The world knows we do know how to save it. We – even we here – hold the power and bear the responsibility. In giving freedom to the slave, we assure freedom to the free – honorable alike in what we give, and what we preserve. We shall nobly save, or meanly lose, the last best hope of earth. Other means may succeed; this could not fail. The way is plain, peaceful, generous and just – a way which, if followed, the world will forever applaud, and God must forever bless. – Abraham Lincoln, State of the Union, 1862″

So, like Lincoln, Picard sets out to make love, not war. He leaves behind his estate and his dog, “Number One”, and the Enterprise, and goes off to supervise the development of a fleet of rescue ships. He recruits “Lieutenant Commander Geordi La Forge” to supervise the research team on Mars that must accelerate the development of the starship fleet, and construct the ships. Some of the refugees – a smallish but steady stream – manage to get off Romulus and relocate to “camps” on Vashti, in the Beta Quadrant. Suffice to say they don’t have much of a choice as to where they want to get dropped off.

Unfortunately, all hell breaks loose on Mars when the rogue scientist, “Bruce Maddox”, who develops the Artificial Intelligence robots to build the ships at a humanly impossible speed, makes a mistake while distracted by his ego and his lover (and former student). This changes the focus from those unloved minions over on Romulus, to the people of the Federation. The Romulan crisis is not as important as the local crisis. Sound familiar?

Picard, who still thinks the Romulans can be saved, and that a new fleet can be found, kitted out, and sent there in time, threatens to resign if the Federation Council does not agree. Guess what? They do not agree.

And I will say no more. Those of you who watched the TV episodes will know how it turns out, who is in the right, and who is in the wrong, and who turns out to be corrupt, evil or greedy. Everyone else – read the novel.

This is your Captain speaking – or is it?

In this passage, Picard reports in his Admiral’s Log on the state of the crisis on Romulus. See if you can spot the Global Warming metaphor:

Many people are credited with developing the stories and writing the scripts for the 2020 series of Star Trek Picard, including Kirsten Beyer, Michael Chabon, Akiva Goldsman, Alex Kurtzman and Nick Zayas. The producers also credited Gene Roddenberry, due to the fact that Star Trek Picard is based on the characters and plots of Star Trek: The Next Generation (1987 to 1994). Una McCormack, therefore, was constrained by having to novelize the TV show, and keeping pretty much to the big moments. (Which came first, the novel or the scripts? I don’t know, but it doesn’t matter. It’s much of a muchness.)

But the quote, above, is an example of McCormack’s writing style: it is a mixture of current popular phrases (for instance “more than one truth”, “speaking out”, and being “sanctioned”), current hot concepts such as global warming and the denied evidence of climate change, and dated, clichéd words and phrases, such as “privy to the information”, “wantonly refused”, “deeply ingrained”, and “psychologically able to believe”. (What does it mean to “believe psychologically”? Isn’t belief a psychological process in any case?)

If a Starfleet Admiral, the clinical, critical and cool Picard, were writing this, it would not be in this style. But I think that in this novel, Picard is the personification of a liberal, socially-conscious, humanist leader – a man who is as at home leading a starship as he is quoting Shakespeare and tending his vineyard. He is a hero for today, not so much for the year 2385.

The clue that this style choice is deliberate and a clear example of McCormack’s authorial presence, lies in this phrase from the quote above, “…seem not to have believed the evidence of their own eyes“. I think McCormack used the phrase intentionally due to the fact that is is loaded with well-known meaning.

You climate-change-denier, are you blind?!

The line is often attributed to George Orwell, who wrote in his famous novel, 1984: “The party told you to reject the evidence of your eyes and ears. It was their final, most essential command.” The sentence became associated with then Pres. Donald Trump after a speech of his in July 2018, and then it became a meme with a life of its own: an expression of climate change denial. Ergo: “Big Brother” in 1984, equals Pres. Trump, equals the Romulan High Command, equals ba-a-a-ad people.

This kind of didacticism cheeses me off after a while. I do not like being preached at, and I don’t like picking up on contradictions in style in an author’s prose.

That being said, I would have hated to take on the commission of adapting the writing of others about a much loved and very familiar world. I would hardly know which way to jump, considering that fans would be outraged if I deviated from the known facts. There are just too many limitations.

Hilary Mantel, in the essay collection Mantel Pieces, writes that;

“…in the preparation stage, you need all your wits, all your commitment, all the resources of your memory. But after a certain point, you can’t engineer the novel, or will it. You can listen for it, make a space for, pick out its approach in the distance.”

With this novel, I felt that the author could not give the novel “space” to develop. It did not subtly unfold itself. It did not become more than the sum of its parts, a creation which is worthwhile fiction. The plot, settings and characters were predetermined, and only needed to be expanded and shaped into a novel – engineered in fact. And that being the case, it is as good as can be expected.