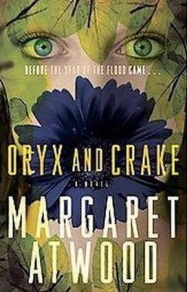 Oryx and Crake (2003, finalist for the 2003 Booker Prize and the 2003 Governor General’s Award and shortlisted for the 2004 Orange Prize for Fiction) 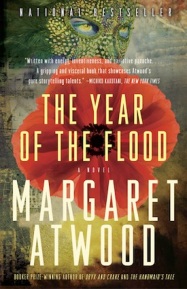 The Year of the Flood (2009, Oryx and Crake companion, longlisted for the 2011 IMPAC Award) 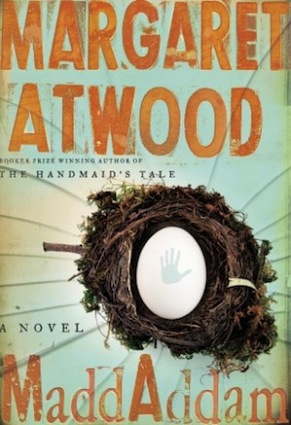 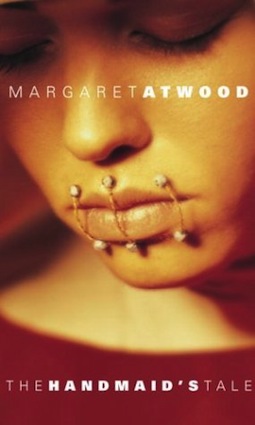 Man Booker Prize winner Margaret Atwood is famous, celebrated, much awarded, and justly so. One comes to expect that everything she writes will be of superior quality. This particular set of Social Science-Fiction novels features a cleverly constructed, very dark satire of the present day world. It’s Sci-Fi that seems disturbingly plausible and not so far in the future. Global outbreaks of viral diseases? Generically engineered plants and meat? Dominance and manipulation by giant agricultural and pharmaceutical corporations? Mass use of performance-enhancing drugs? Large-scale destruction of the natural environment? Seems like that’s the way of the world already.

I read all three, in the right order, and in quick succession. But while the dystopia she describes is interesting and thought provoking, unfortunately for me it began to drag a bit by book 2, and was quite disappointing by book 3. It felt like The Lord of the Rings: – they travel, they fight, they live somewhere for a bit, they travel some more, and so on.

I got the feeling the novels are differentiated mainly by the factual (and fantastically detailed) descriptions of different habitats or lifestyles – the setting out of the rules and parameters of this disturbingly plausible future world – rather than by the plots. Atwood gives some indication that this might have actually been her intention with the trilogy.

The dedication in Oryx and Crake states:

“I would perhaps like others have astonished you with strange improbable tales; but I rather chose to relate plain matter of fact in the simplest manner and style; because my principal design was to inform you, and not to amuse you. – Jonathan Swift, Gulliver’s Travels.”

However, the “simplicity of style” does not extend to the books that follow Oryx and Crake. The technique of introducing the chapters in book 3, MaddAddam, in the form of preachings or storytellings to the “Crakers”, allows Atwood to fully describe how the world after the flood had come about. She refers to this conscious mechanism in the introduction to the chapter about Zeb’s background:

This is basically how MaddAddam is structured – stories within stories, about stories.

The Year Of the Flood

In The Year of the Flood, book 2, this mechanism takes the form of sermons by Adam I to the “God’s Gardeners”, and their hymns, which gives the background as to how they developed their lifestyle and beliefs. Both techniques are clever, but ultimately does not move the story forward or add to the suspense.

The first novel, Oryx and Crake, has no such techniques. It is quite straightforward – Jimmy/The Snowman, finds himself apparently the sole human survivor after the “flood”, other than the new breed of human, the Crakers. As he interacts with those strange new humans, he recalls the events leading up to the flood. The simple third-person narration is, in comparison to the next two novels, an advantage.

The various narrative techniques she employs act almost as a distancing mechanism. For instance, in MaddAddam, when describing the final battle and trial during which Toby, Zeb and their people capture and kill the so called “bad men”, Atwood avoids describing the happenings through the point of view of one of the characters, and instead presents a simplified, disassociated retelling in the form of a history lesson to the Crakers – complete with the story-teller’s frequent admonition of: “please do not sing”. (Those repeated asides reminded me of Joyce Grenfell’s irritated but rhetorical reprimand to a naughty little boy in her 1977 book of the same title: “George, don’t do that”.)

In MaddAddam, the story comes full circle and all the questions posed in books 1 and 2 are answered, which made it seem a bit summative and repetitious.

The reading enjoyment, I suppose, was in the details of the post-apocalyptic world Atwood has created – the philosophical twists, names, technologies, life forms, lifestyles, pharmaceuticals, food and consumer product details. Also, the characters in all three novels are fully realised, interesting and memorable. But was I moved? Not very – much less than when I read The Handmaid’s Tale, which frightened me to bits.

A selection of new terms from the trilogy, without giving away the plots:

Margaret Atwood, now aged 75, is hugely famous in Canada and the world. ‘Nuff said. Anyone who hasn’t ready any or the works in her prodigious oeuvre (fiction, short fiction, children’s fiction, poetry, librettos etc.) is missing out. Here is an excellent overview of her work by author Joyce Carol Oates, in the New York Review of Books. It hardly matters what my take on the MaddAddam trilogy is because it has already received rave reviews all over the  world. (Margaret Atwood’s website is here.)